What are infectious diseases so important to us ? 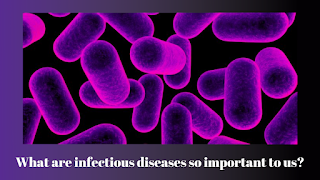 Infectious diseases are illnesses brought on by bacteria, viruses, fungus, or parasites. Our bodies are home to a variety of creatures. In most cases, they're innocuous or even beneficial. However, some microbes can cause sickness under particular circumstances. Every year, new, potentially hazardous bacteria, viruses, fungi and parasites arise, such as SARS (severe acute respiratory syndrome). Pathogens that have previously been identified can develop to become resistant to antibiotics and other therapies. We are also more prone to the transmission of infectious pathogens due to population density and easy mobility. Concerns about bio terrorism have re-ignited interest in illnesses that have been eradicated or are extremely rare, such as smallpox and anthrax. With its ability to cure and prevent disease, identify particular disease causes (microbes) and deal with different, often catastrophic outbreaks, infectious diseases is a vast subject that is almost unique in current m
Post a Comment
Read more

What impact can diseases have on the world? 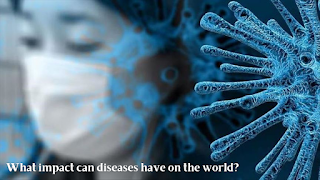 Pandemics are large-scale epidemics of infectious disease that can cause major economic, social, and political upheaval while also increasing morbidity and mortality across a huge geographic area. Evidence suggests that pandemics have become more likely over the last century as a result of increased global travel and integration, urbanisation, land use changes, and higher exploitation of the natural environment. Beyond the public health repercussions of regional or global outbreaks of emerging and endemic infectious diseases , there are sometimes broader socioeconomic consequences that are overlooked in risk and impact assessments. Such events can evoke economic shock waves far beyond the scope of traditional health industries and a pathogen's original geographical range, thanks to swift and broad worldwide travel and trade. While private sector organisations are impacted indirectly by these disease outbreaks, they are under-appreciated but important stakeholders who can provi
Post a Comment
Read more

Is there a difference in the risk of transmission? 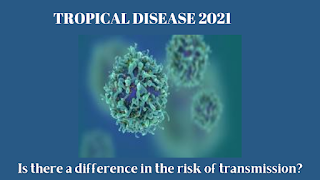 Coronavirus disease 2019 (COVID-19) is a syndrome induced by infection with the coronavirus that causes severe acute respiratory syndrome (SARS-CoV-2) and is linked to epidemics in crowded settings. Despite its rapid global spread, nonpharmaceutical measures including as physical separation and prompt isolation of symptomatic patients have been reported to be successful in preventing transmission in both institutions and the general public. COVID-19 and influenza (flu) are both infectious respiratory infections caused by distinct viruses. COVID-19 is caused by infection with a coronavirus that was first identified in 2019, while flu is caused by infection with a virus that was first identified in 1918. Time spent with infected individuals appears to be a primary driver of COVID-19 transmission, according to reports describing risk factors for COVID-19 dissemination. More severe disease in the source patient was also recognised as a risk factor for disease diffusion in a research i
Post a Comment
Read more

Why are infectious diseases more prevalent in the tropics? 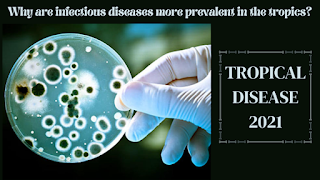 As a result of increased human mobility and climate-driven vector movement, several tropical diseases began to spread into temperate climates. Poverty, a lack of clean water, and a lack of medical treatment all influenced the impact of a wide variety of tropical diseases. Exploration of tropical rainforests by humans, deforestation, rising immigration, and greater international air travel and other tourism to tropical regions have resulted in an increase in the occurrence of such diseases in non-tropical countries. Asia currently has the highest number of NTDs, followed by the huge emerging market economies of India, Indonesia and China. Pathogens of various varieties can be found in developing countries; poverty and hunger exacerbate the severity of prevalent diseases; and pathogen transmission is facilitated by poor infrastructure (e.g., water supply, sewage system and hospital hygiene) Dengue fever, yellow fever, rotavirus, AIDS, Ebola and Lassa fever are examples of viral trop
Post a Comment
Read more

How do tropical diseases spread? 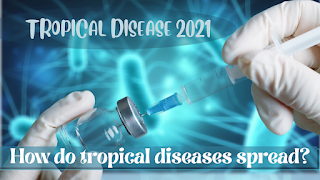 How can we prevent tropical disease? 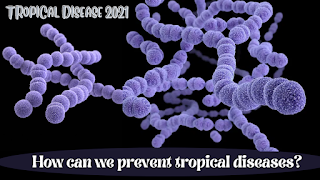